Published in Allentown, PA in 1946 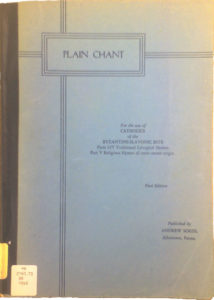 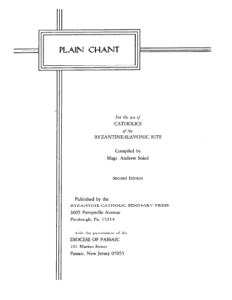 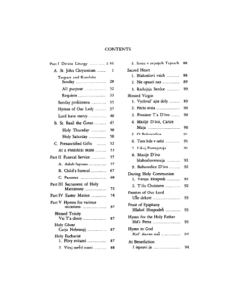 Sokol, Andrew. Plain chant : for the use of Catholics of the Byzantine-Slavonic rite. Allentown, PA: Privately Published, 1946.
Soft Cover 7.5″ wide 10.25″ high 94 pages. Western notation with transliterated Church Slavonic. Known as the Sokol “Blue Book” due to the color of the cover
Library of Saint Cyril & Methodius — M 2160.79 S6 1946 — Not yet entered into on-line Catalog